And finally I sorted out all my pictures. The only thing I need to do now is add comments to all of them, so you guys know what you are looking at 😉
Well… if you just wanna enjoy some eye-candy… dive in! 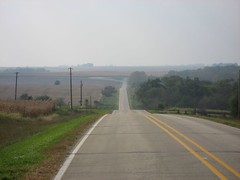 Yepz. Almost sorted out all the pictures. You can view them all on my Flickr-account. Only have to sort out the pictures of my last days in Chicago. Will do that next weekend. Enjoy 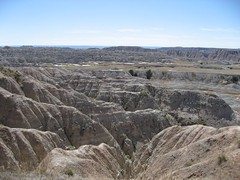 Yepz. Took some time to sort out some more pictures. Go and enjoy. And still there are about 1500 to sort out 😛 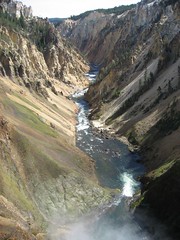 Last weekend was filled with a mixture of showing pictures and telling the US-stories to my family (about 8-9 hours totally spend doing that). And for the rest I watched some episodes of Scrubs, picked back up the PrisonBreak story where I left of months ago and I started to play Team Fortress 2.

Officially this game (in combination with the complete Orange Box) will be released not before tomorrow (Wednesday). But because I pre-ordered the whole package, I could play TF2 online already. And it’s awesome! The graphics are a perfect combination with the game play and everything is perfectly balanced.

Tomorrow evening I will play some of Half Life 2 : Episode 2 and discover the Portals game play. But I also still need to sort out the second batch of my pictures. There are still about 2000 pictures waiting for me to sort out and upload to Flickr.

But ok. Will do that in the next couple of days, but first some relaxation with the whole Orange Box.

Aaaargh. There is too much going on now. And so little time to enjoy or sit back. Well… I probably have some time to relax, but just don’t really want to yet 😉

Just got back from 4 weeks of vacation in the US. Still trying to grasp that all and still sorting the big pile of pictures (more than 4300 pictures taken!). Added some more yesterday, so take a look if you want to see some pictures from Yellowstone Park (and more).

And besides that I bought Halo3 recently and played it the last couple of days. It’s a kewl game, but still hasn’t really grabbed me as it should. Online multiplayer is very nice, but I still get my ass kicked. So need to play that more often.

But then comes another problem. The HalfLife 2 Orange Box is gonna be released next week, so the after a long time waiting (more than one year) it’s finally there. The sequel Half Life 2 : Episode Two, the puzzle game Portal and the multiplayer game Team Fortress 2. So a box filled with joy.

There is only one problem. I just bought Halo3 and feel a little obligated to play that and develop my skills on the online multiplayer part. But at the same time I want to play the content of the Orange Box next week.

Aaaaargh. To much happiness and joy. Can’t handle it anymore! Help help help! And to make things even worst, there are more huge nice must-buy games getting released in the next couple of months… so this is gonna be a hell of a time for a gamer. Also money-wise, because games aren’t cheap 🙁

Ah well. I know I will buy the Orange Box next week… and then we’ll see. Maybe I’m still occupied with the Orange Box when the other games arive and I can ignore them 🙂

Heard this song on the radio often while driving the US-highways. It is completely not my kind of music… but the beat and the lyrics really grabbed me. And now it’s my US-theme song.

The first batch of my pictures are uploaded to Flickr. I totally shoot about 4000-5000 pictures, so it takes a while to filter out the good ones. I wanna show the whole experience, so some of them are more to tell the surroundings or the story.

And sometimes I shot a few from within my car (while driving), so some of them are a little blurry or you might see a close up of a bug on the front window 🙂

Will upload more tomorrow evening. Just got tired of them now 😉

Home. Back in the Netherlands. Back in my own house again. At my own computer and don’t really know what to feel right now.

I miss the US. I miss all the excitement. I miss all the new stuff. I miss Emma. But it also feels nice to be in my own safe home again. So a little mixed feelings. Probably also influenced by the jetlag. I tried to sleep during the flight, but wasn’t really able to close my eyes and relax. Kept on thinking about the last 4 weeks.

4 amazing and exciting weeks. 4 weeks which resulted in a huge experience.

When I returned my car yesterday (it feels like it was this morning) they said I drove a total of 3591 miles. Will upload some pictures in a bit… but it’s weird, cause it now feels like it’s late in the evening… but it’s not even 3pm 😛

And don’t know if I’m gonna continue writing on Rakso in English or return to Dutch again. Feel free to reply in Dutch, but I just haven’t made up my mind yet. The thing is that my own mind now still works and runs on English. My thoughts are English and when I speak Dutch it sounds weird.

But ok. Gonna select some pictures now and upload them. Will drop a note when finished.