To keep the information consistent, I’m gonna write in English too (also a little easier, cuzÂ my mind is now all English-oriented). Or should I say: Canadian?

AÂ certain person asked my reporter Emma for a first hand report. So hereby I will give Emma a break for today. But not before I give her a complement about her first two reports. I think they are awesome! Of course they don’t give a detailed report of my whereabouts and what I’ve done. But I can only talk to her for a couple of minutes and she’s already doing more then I asked for. They show justÂ some highlights and feelings and when I’m back I’ll give everyone a thurhough report of my trip.

I think Emma is doing an outstanding job! And also because I originally wanted to stay clear of the internet for a while. ButÂ now I wanted to chat with Emma… so needed to get online and now I could write something too.

The flight:
The flight was good. Had to run on Heathrow, because security-check was a pain. OMG… that was horrible and I almost missed my transfer. During my flight to Chicago I gotÂ upgraded to a Economy Plus-chair… with more leg-space AND two seats next to each other. So I could even slouch back. The flight from Chicago to Vancouver was less pretty. Originally I had a seat at the window, but luckily a kid wanted to sit at the window and I could swap seats, so I at least had a seat at the aisle. But the flight – probably also because it was my third flight – was too long and not nice. ButÂ eventually I arrived at Vancouver Airport (a very nice airport though), the airport was completely abandoned, grabbed my suitcase and went to my hotel with a taxi.

The hotel:
The hotel is nice, clean and has everything needed. Even a coffee-machine (don’t need that, but it does have it). They have about 50 tv-stations… omg… and commercials on them ALL THE TIME! But for the rest, it’s a little further out of the city then I expected. But busses travel here regularly… and they are cheap as hell.

First impressions:
Some tiny first impressions based onÂ the first days in Vancouver. The moment I walked out of my hotel, I noticed all the trafic. OMG… it was awesome! All the big nosed trucks… the American cars… and the honking and the sound of sirens (not as often as I expected though). It’s weird how normal things are special here. A Snickers tasts different, they don’t have paprika-flavoured chips and everything looks so American. I love it!

Vancouver is a great city. It’s big, but doesn’t feel overwhelming or scary. It’s pleasant and I enjoy walking the streets. I do try to fit in a little, by hiding my camera whileÂ wandering the streets – but yes… when I see something nice, I take a picture and they mark me as a tourist right away. I don’t think they allow me to upload anything here in this internet cafe (which I btw found by the help of my dear Emma). So you all have to wait for pictures for at least a couple of weeks. I hope I can upload some before that, but can’t promise.

Traveling alone:
It’s weird. Beforehand I expected that I would miss a travel companion, but only when I wanted to take a picture of myself… I needed someone else. For the rest I have Cooper (my MP3-player), my camera and myself. And during the evenings I make short phonecalls to Emma and those I charish a lot!

Things I’ve done:
Ok. Just to sum up the things I’ve done the first two days: traveled half the planet (Amsterdam-London-Chicago-Vancouver), seen all the highlights of Vancouver, visited Stanley Park, GranVille, GasTown, YaleTown and more, took a watertaxi, visited a local market, took a SkyTrain (just like our subway in Amsterdam – part underground, rest above ground), visited a big Mall (called Metropolis, in Metrotown) and visited a movie theater (watched Rush Hour 3). And for the rest of today I’m gonna eat something somewhere and think I’m heading to my hotel early… already completely exhausted and have to pack my stuff – have to leave early tomorrow.

Things I’ve eat:
Ok. Just to sum up some things I’ve eaten these first days: hotdogs, beagle with cream cheese, snickers, chips (with sour cream – blerk!), a donut (plain =Â boring), some subs (little breads) and some airplane food. Didn’t really ate at a restaurant yet. Don’t felt like it either. Maybe tonight? There is a McDonalds next to my hotel, but I refuse to go to one… we have them in NL too… so let’s try to skip those during the next couple of weeks.

So, that’s it for now. Tomorrow morning I’ll travel to Seattle with the Greyhound – very early… at 8:45 (which is 17:45 NL-time). And Emma will keep on tracking my whereabouts and tell you guys. 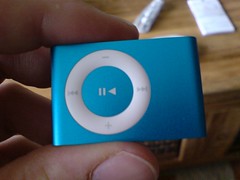